I  have had the good fortune to work as a journalist and editor in numerous cities, including Providence, R.I., Washington, DC,  Los Angeles, London and New York. 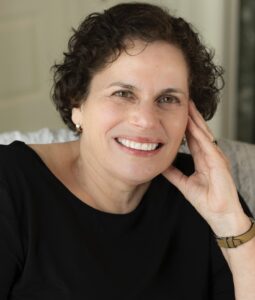 Some of my major stories include: the tragic impact of nuclear waste poisoning in Chelyabinsk, one of the “secret” cities in the former Soviet Union; the puzzling clusters of teenage suicide in a Colorado town; the courageous efforts to create a “peace” university in Northern Ireland;  the genesis and moral complexity of the government’s decision to compensate victims of the September 11 attacks; and an in-depth look at high school Advanced Placement tests and the high failure rate among African Americans and Hispanics.

From 2005 to 2015 I wrote the biweekly Shortcuts column for The New York Times business section, which, in 2011, received a Best in Business award for personal finance writing from the Society of American Business Editors and Writers.

Several of my columns were selected to appear in two editions of The New York Times Practical Guide to Practically Everything and my one on multitasking was also chosen  for The Norton Field Guide to Writing (hey, I’m right after Amy Tan and Sojurner Truth). From 2011 to 2013 I also wrote the parenting column for Worth magazine.

My book, Better by Mistake: The Unexpected Benefits of Being Wrong, (2011) developed out of one of my Times’ columns. It has been widely praised and recommended by educators, business executives and those fascinated by the dichotomy that we need to make mistakes in order to learn, but most of us hate and dread them. And I’m one of the 25 women interviewed in the really great book that came out in 2014,  Mistakes I Made at Work: 25 Influential Women Reflect on What They Got Out of Getting it Wrong.

I have also been awarded several fellowships and grants, including an Investigative Fund grant, a National Press Foundation Fellowship and the Yale Fellowship in Law for Journalists., and in 2021, a Higher Education Media Fellowship from the Institute of Citizens & Scholars.  And, as of 2018, I am proud to say I am a senior fellow at FutureEd

Since I love books and my friends and I are always looking for good ones, I thought I would post a list of some of my favorite books that I’ve read in the last decade or so. Most of these are more or less in the order that I’ve read them and for space I’m not including the great old classics. I’d love to hear your suggestions.